Working in the Archives

During my time researching Mary Elizabeth Braddon, I have been fortunate enough to visit two of the libraries which hold substantial repositories of her MSS materials. As a PhD student I was awarded a Dissertation Fellowship at the Harry Ransom Humanities Research Center (UT Austin) and, after graduating in 2012, I spent three months at the Houghton Library at Harvard University. The trip to the HRC helped shaped my research on Braddon and how I thought about writing and editing as a whole. 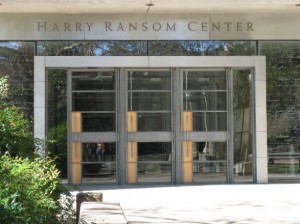 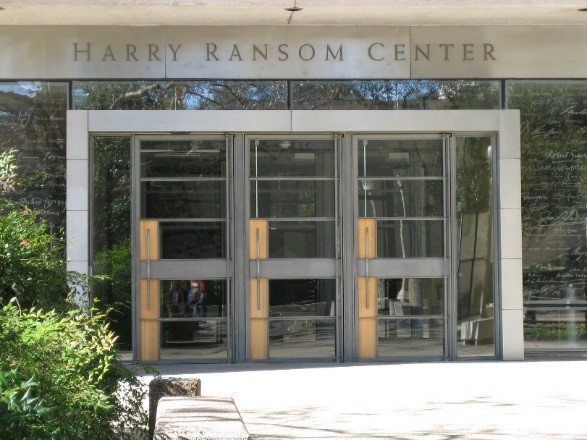 When I visited the Ransom Center I had very little experience working with manuscript material and, looking at the catalogue before I left, I felt a little overwhelmed at the amount of material they held. I was still new to the field, having only recently settled on Braddon as the focus of my research, and largely unaware of the substantial MSS holdings. I travelled to Texas with only a vague idea of ‘exploring’ the archive and seeing what I could find. On arriving, I was met by extremely knowledgeable librarians and archivists, who had already gathered all the materials from the collection together and presented me with three carts of boxes, each box full of MSS materials. That first day in the archive was amazing, daunting and inspiring in equal measure. My work beforehand had in no way prepared me for the physical reality of the MSS material in front of me. 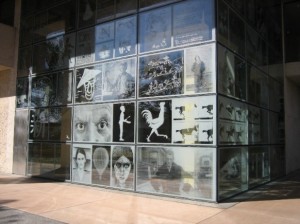 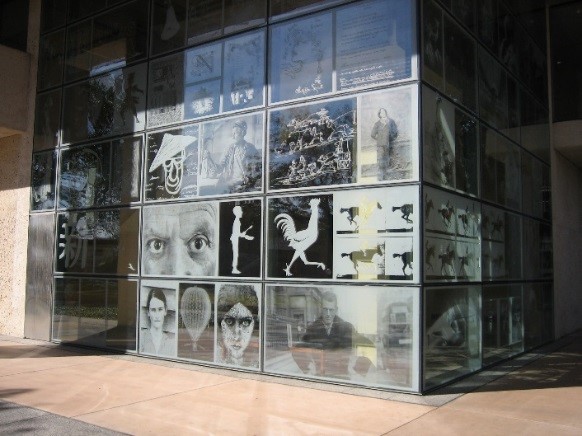 For me, there were three aspects of the collection that I focused on: Braddon’s diaries, her notebooks and the manuscripts and typescripts of her novels. The notebooks, I had hoped, would have neat plot outlines, detailed lists of characters and demonstrate a clear evolution of each novel … this was not exactly what I discovered. There are plot outlines, there are lists of characters and there are examples of dialogue and descriptions from the novels. The problem lies in the fact that these fascinating pieces of information are often heavily crossed through, the character listed doesn’t appear in a novel, the name of the novel has been changed, and so on and so forth. Interpreting the notebooks was (and still is) one the biggest challenges that I faced looking at Braddon’s material. With such a vast oeuvre, tracking down characters and dialogue which may or may not exist is a difficult and time-consuming task and certainly one that I was not able to undertake at the archive itself. I learnt to pick my battles and make the best of the time that I had – I had to be realistic, and ruthless, about what I could achieve in the archive and what could be done offsite.

The manuscripts and typescript for Braddon’s novels were the documents that intrigued me the most before I started work at the HRC and they proved to be the ones that defined my PhD studies going forward. There are three incomplete and fragmentary manuscripts in the collection: Run to Earth (1868), Joshua Haggard’s Daughter (1876) and The White House (1906). There is also an almost complete typescript for Braddon’s final novel, Mary (1915). These texts showed me how Braddon wrote and revised – that some emendations were made contemporaneous to the writing, others were interlined afterwards and sometimes large sections were deleted, added or emended requiring additional pages interleaved with the original. The MS for Joshua Haggard’s Daughter hints at emendations made between the publication of the novel in serial form and it’s publication as a novel in 1876. The MS for The White House is listed as A Grey Day in the bibliography for the collection – this is in fact the title for the first chapter of the novel – and the heroine is named Claudia in the published version of the novel yet is referred to as Helena in the MS version. The typescript for Mary shows the most surprising emendations – Braddon’s is not the only hand on the TS and the final chapter of the novel is handwritten. There is evidence in the correspondence between William Maxwell and Braddon’s literary agent, A.S.Watt, that the novel was unfinished at Braddon’s death in February 1915 and was in fact finished by William.

The diaries are small, neat volumes full of everyday concerns – the weather, who had visited, what was to be served at a dinner party. There are references to writing practices, to the number of pages written or the novel Braddon was currently working on but these are often asides, sometimes cryptic, and not the main focus of the dairies at all. The diaries date from the last years of Braddon’s life, between 1900 and 1914. For all the everyday details the diaries record, they are also quite impersonal – there are no insights on how a book is going, how Braddon feels about a text, a character or a plot, there are lists of books Braddon has read yet no comment on what she thought of them and even the traumatic event of sending her son, William, to fight in the First World War is captured in the simple line: ‘Will left for Colchester 8:15. in uniform’. There is no diary for 1915 and the entries for 1914 finish in November – a stark reminder of Braddon’s ill health in her last few months and her death in February 1915. This did not immediately strike me when working in the archive but was something that only truly hit me when I was back in England and attempting to delve deeper into Braddon’s writing practices. I spent hours scouring over notes and photocopies, looking for hints about her novels, trying to get a picture of how and when she wrote – I was particularly interested in Mary, her final novel, so my focus was very much on her last few years. The rather abrupt ending of the diary entries, the deteriorating handwriting on the typescriptand my discovery that the novel may not have been finished by Braddon herself, showed me the living, breathing person behind the work – not with any great clarity or insight – but simply that such a person existed. And that was not something I had expected when I embarked on archival research.