In Mrs. Beeton’s Book of Household Management, Isabella Beeton valued and thus emphasized proper household management, and she taught her readers (presumably middle-class women) that mistresses were responsible for setting an example for their domestic servants. Using language that today would be perceived as gendered, she equates domesticity with the proper role for women.  Such duties, when carried out well, create a happy household:  “Of all those acquirements, which more particularly belong to the feminine character, there are none which take a higher rank, in our estimation, than such as enter into a knowledge of household duties; for on these are perpetually dependent, the happiness, comfort, and well-being of a family” (1). 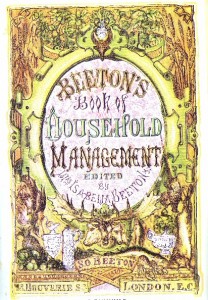 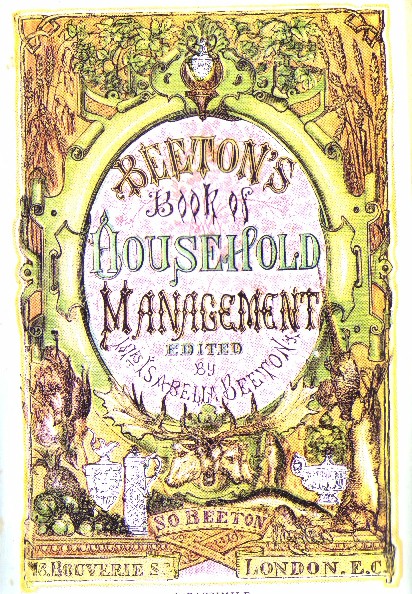 However, for a middle-class Victorian woman to manage her household properly, she must rely on servants to meet the daily demands of housework. Members of the middle and upper classes depended on those of the lower classes to work in domestic service positions in order to maintain their superior class status and the proper social order, which was an essential element required for proper Victorian women.  But what about the female servants who also aspired to the status of “lady”?  While conduct books, magazines, and Mrs. Beeton’s household management guide established the standards required for a proper Victorian woman, no such manual existed for this group to earn their way into this role. Such variables as socio-economic disparities, laws governing women, the Poor Law Act of 1834, and other limitations placed on nineteenth century lower class women forced them into periphery groups with limited options and opportunities, other than positions of service, or if they were lucky, marrying well.  However, Mary Elizabeth Braddon’s novels push gender boundaries and teach us that some members of the lower classes (male and female alike) have to take “shortcuts” to obtain social status and material possessions that others acquire by their fortunate birthrights.  Such novels include The Trail of the Serpent and Lady’s Audley’s Secret. 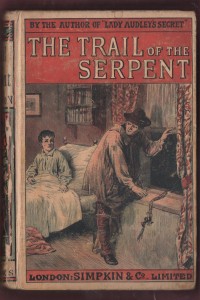 In this blog I trace the theme of class status in two of Braddon’s novels to illustrate how two of her main characters use alternative methods to acquire their desired social status. For instance, in The Trail of the Serpent, Jabez North deceives, manipulates and even commits murder to acquire the wealth and social status denied him by the unfortunate circumstances of his birth.  Similarly, in Lady Audley’s Secret, Lucy Graham (Helen Talboys) fakes her own death to stay married to Sir Michael Audley, and commits two counts of attempted murder – against her first husband, George Talboys, and pseudo detective, Robert Audley – in an effort to preserve the social position she schemed her way to attain. Jabez and Lady Audley are willing to commit crimes to obtain the wealth and material possessions they desire and cherish, but are they entirely responsible for their actions?  Does Victorian society perhaps bear some responsibility for imposing unattainable social standards and thus ignoring the plight of the poor?

To acquire that much-sought-after lifestyle, though, Jabez has to create his own opportunities, and his short-cut to wealth would necessitate engaging in criminal activity – murder, robbery, deception, seduction, and blackmail – to reach his desired goal. Jabez finds his fortune in Valerie de Cevennes, and he reaches his ultimate goal by duping her into poisoning her husband, Gaston de Lancy, and then blackmailing her into marrying him.  Patrick Brantlinger points out that in Lady Audley’s Secret and Aurora Floyd, “the upper class members are innocent of any major wrongdoing; crime and evil emanate from below” (433).  The same can be said about The Trail of the Serpent, though Valerie’s attempted murder of Gaston de Lancy blurs the class lines a bit.  But, Jabez North’s crimes catch up with him even as he has changed his identity to the more socially aristocratic Raymond de Marolles.

Andrew Mangham compares Jabez North’s/Raymond de Marolles’ social climbing to a “house of cards,” and suggests that the house of cards Jabez builds in the scene with the mother of his child is “a symbol of his social aspirations” (31). Like his acquired social status, Jabez’s house of cards has no foundation.  While Jabez “represents the mid-Victorian self-made man,” revenge is always in the back of his mind (Mangham 31).  In the confrontational scene with his father, the Marquis, Jabez/Raymond gloats about overcoming insurmountable odds: “He was thrown into a river, but he did not sink; he was put into a workhouse and brought up as a pauper, but by the force of his own will and the help of his own brain he extricated himself, and won his way in the world” (333).  Braddon’s female counterpart to Jabez North is Lucy Audley, who builds her own house of cards, and shares his desire to break away from the confines of poverty and second-class citizenship. 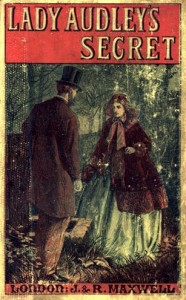 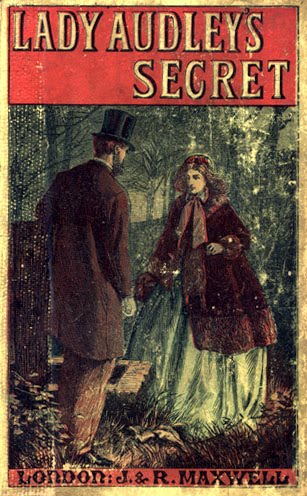 In Lady Audley’s Secret, former governess Lucy Audley assumed the role of mistress of the house in a manner consistent with Isabella Beeton’s conduct book referenced above.  However, by the time Lucy marries Sir Michael, she has already engaged in few immoral acts that are, at best, incompatible with the behavior expected of a proper Victorian woman.  She abandoned her child, assumes a new identity, commits bigamy, and once she discovers that her first husband is expected to return, she stages her own death to avoid detection.  These are the first of several short-cuts she must take in order to protect her newly acquired gentility.  Jan Davis Schipper refers to Lady Audley’s fraudulent identity change as a “duality” that is necessary in order for her “to advance both socially and financially” (37).  Lady Audley’s outward “appearance and her actions seemingly embrace firmly grounded Victorian class and gender ideologies, yet underneath her newly created façade hides a woman who knows that dominant culture insists on female duplicity if she intends to immerse herself in her new role” (37).

However, Lady Audley’s duplicity poses more of a threat to the middle class than her criminality. She is dangerous because she – like Jabez – blurs the lines between the lower and middle classes.  As Sara Clayson argues, Braddon’s novel exposes “an image of consumerism that represents the evolution of the modern middle class – Lucy is representative of the ‘new’ consumer, who threatens to change the face of middle-class culture permanently” (131). However, Lady Audley, like Jabez, has to face her day of reckoning, if not for her crimes, then for her attempt to join the ranks of the bourgeoisie.  As D.A. Miller points out, Lady Audley’s secret is not that “she is a madwoman but rather that, whether she is one or not, she must be treated as such” (170, emphasis his).

One of Braddon’s critics in The Saturday Review claims that sensation novels “are simply stories of exciting incident,” that lack “deeper insight into our social system” (“The Perils of Sensation,” 559).  However, Braddon’s novels do offer valuable insight into the socio-economic disparities that separate lower class from middle class, and her insight must have been a little unnerving to middle class readers of the period.  For example, the new Poor Law Act of 1834 established the legal and administrative framework for the new poor relief system which culminated in the creation of workhouses. Had Jabez North and Lady Audley not taken their short-cuts to wealth and social status, the workhouse would have been their only viable option, but for their respective occupations as academy usher and governess.  By the time that Braddon published The Trail of the Serpent and Lady Audley’s Secret, these workhouses had come under intense scrutiny and were soundly criticized for their deplorable conditions and neglect of the resident “inmates’” medical condition.  During the 1860s public outcry regarding workhouse medical facilities reached a point that a new act transferred the care of London’s sick poor to the newly established Metropolitan Asylums Board.  The institutions managed by this board were in effect England’s first state hospitals, where patients were deemed “imbeciles” (“The New Poor Law”).  Paradoxically, these hospitals seem strikingly similar to madhouses. 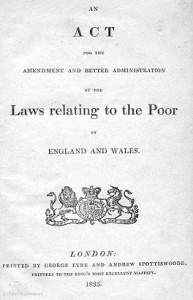 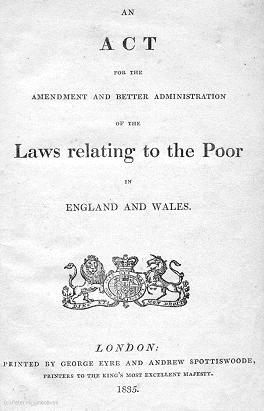 Braddon’s novels are scathing indictments of the effects of the new Poor Law and of Victorian society that turned a blind eye to the needs of the poor and punished them for attempting to transcend the class boundaries that defined the middle class. As this blog has shown, Braddon teaches us that socio-economic inequities impose limitations that force “outsiders” to improvise in order to relieve their financial hardships and increase their social status.  Jabez North and Lady Audley were simply not content with the “natural conditions” that imposed class boundaries on them, so they took matters into their own hands in ways that reflect “the Darwinian struggle for existence in mid-nineteenth-century consumerism” (Brantlinger 433; Clayson 131).

Miller, D.A. The Novel and the Police.  Berkeley: University of California Press, 1988.

2 Replies to “On the Outside Looking In: Braddon’s Fraudulent Bourgeoisie”