Fashion and Material Culture in Victorian Fiction and Periodicals 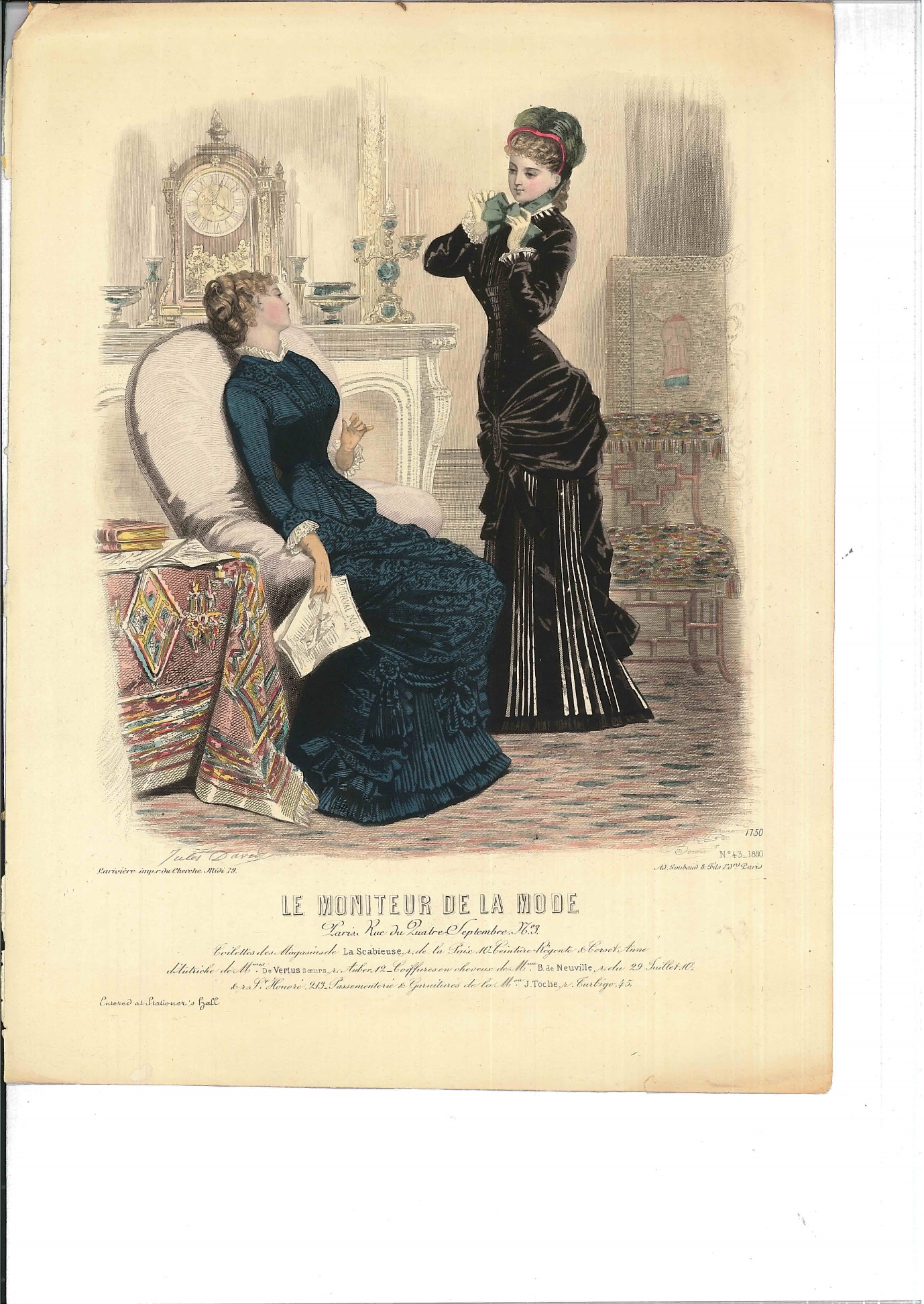 Elizabeth Wilson, in Adorned in Dreams: Fashion and Modernity (2013), speaks of clothes being simultaneously objects and images (ix). Clothes can neither eschew their intimacy with the human body, nor how they map out a personal life course. As a result, their materiality and the performance of dress is a significant pleasure of fiction. As Wilson continues to note, fashion is an aesthetic medium “for the expression of ideas, desires & beliefs circulating in society [and] its function is to resolve formally, at the imaginary level, social contradictions which cannot be resolved” (9). These issues are played out in the fashion plate, cartoon, advert and satirical or sartorial article, as well as the novel.

Fashion’s role within these intertwined narratives is indicative of gender, class, age, mental state, race and nationality, empire, disability, marital status, transgression and moral worth. Not only were characters made recognisable through their dress, but readers of serial fiction encountered them in between adverts, print and patterns. Thus, how dress is depicted in fiction responds to its material paratext. Victorian periodicals observed the fashion seasons, changes in feminine and masculine status, and distinctions between generations, as well as perpetuated the rituals of dress for christening, coming of age, weddings, funerals and mourning. In all, they acknowledged the production, advertising and consuming of clothing.

Alongside these events, non-domestic cultural practices associated with forms of dress, such as uniform, work clothes, performance, costume, masque, fancy dress and theatrical attire, are also of vital importance in the full understanding of fashion and material culture. Furthermore, dress is often associated specifically with place – the ballroom, servants’ hall, music hall and theatre, sports venues, seaside and church – which licenses or discourages particular forms of clothing, and which were again perpetuated in serialised fiction.

Articles about hairstyles, accessories and jewellery, and adverts for the toilette were also made meaningful within fiction regarding the fantasies and moralities about Victorian men and women. For example, the making and wearing of clothes as part of the wider fashion industry and employment shaped the representation of the spinster, wife, seamstress and dress maker in different publications. Giving clothes to servants, charitable institutes, cycles of ownership, inheritance, the mending and wearing out of clothes all constitute significant moments in fiction and in understanding Victorian material culture.

Overall, this edited collection encourages interdisciplinary study into the ways in which Victorian writers have explored the social ideologies inherent in dress, fashion and the imaginative engagement with clothes. It acknowledges that there needs to be a scholarly link to research and theoretical perspectives on dress history, particularly with reference to periodical publications and dress collections.

The collection will be published with Edward Everett Root Publishers, who are also publishing the Key Popular Women Writers series, under the general editorship of Helena Ifill and Janine Hatter. The founder, John Spiers, used to run Harvester Press, and you can find out more about the publisher here: https://www.eerpublishing.com/about.html

Please send expressions of interest and abstracts of 500 words, and a 200 word biography, to Drs Nickianne Moody (n.a.moody@ljmu.ac.uk) and Janine Hatter (j.hatter@hull.ac.uk) by 31st July 2016. Full essays will be 5000 words, due 27th January.